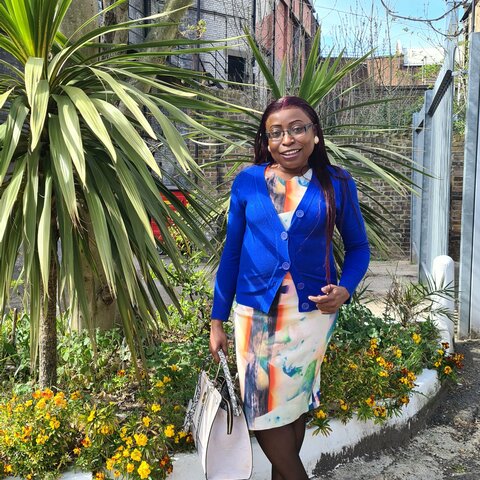 I was on the prayer line this morning but with all the buffering and freezing I found myself starting to doze off.

I dreamt that my friend and I took our family for a drive out to the seaside. I had my two daughters in my car whilst she had her nephew and her daughter in her car. We found ourselves at a seaside but when we were to return home for some reason we got lost and ended up in the mountains which was covered with snow ❄. I recognised that this wasn't the route we took when coming because it now seems like I was driving on a pathway which was overlooking a hill/ditch. The left side of the car wheels were on the pathway, whilst the right side was hanging over the cliff edge which was causing the car to be lapsided! My eldest daughter kept saying, "I should continue driving so as to see if I could bring the right wheels onto the pathway" - (this was an impossible task), as the width of the car is much bigger than the pathway. I don't know how, but I got out the car and the three of us started to push the car back off the pathway down to where we were coming from.

At the junction, there were two men directing people to walk up the hill as the cars were unable to drive up, due to the heavy snow. The darker male, never really wanted to assist me and mumbled under his breath, "That he didn't know why I was there". However, he reluctantly helped me up a steep path, then left me. I walked behind my daughters but struggled whilst experiencing excruciating pains in my hips. We ended up at a building where there were alot of beds and it was crowded with a lot of people. My friend and her nephew was already in the bed. She showed no concern that she had left me. Her head was wrapped with a scarf but she never seemed bothered/concerned as to where we were or even called to find out if we were OK! There were so much chaos. Her daughter was giving people information and couldn't understand how her mum just left us and is sleeping during all this turmoil. I even recognised other associates and I asked them how is it that they are also here! I put my two girls on a bed near to my friend and told them to get some rest. Whilst I went around a corner on another bed. This is all that occurred before I woke up.

Please can somebody help me to interpret this dream.