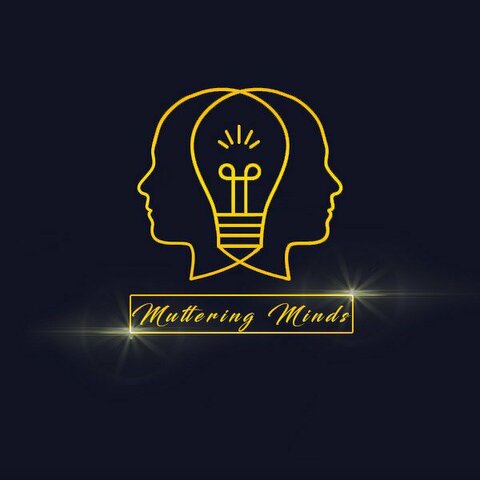 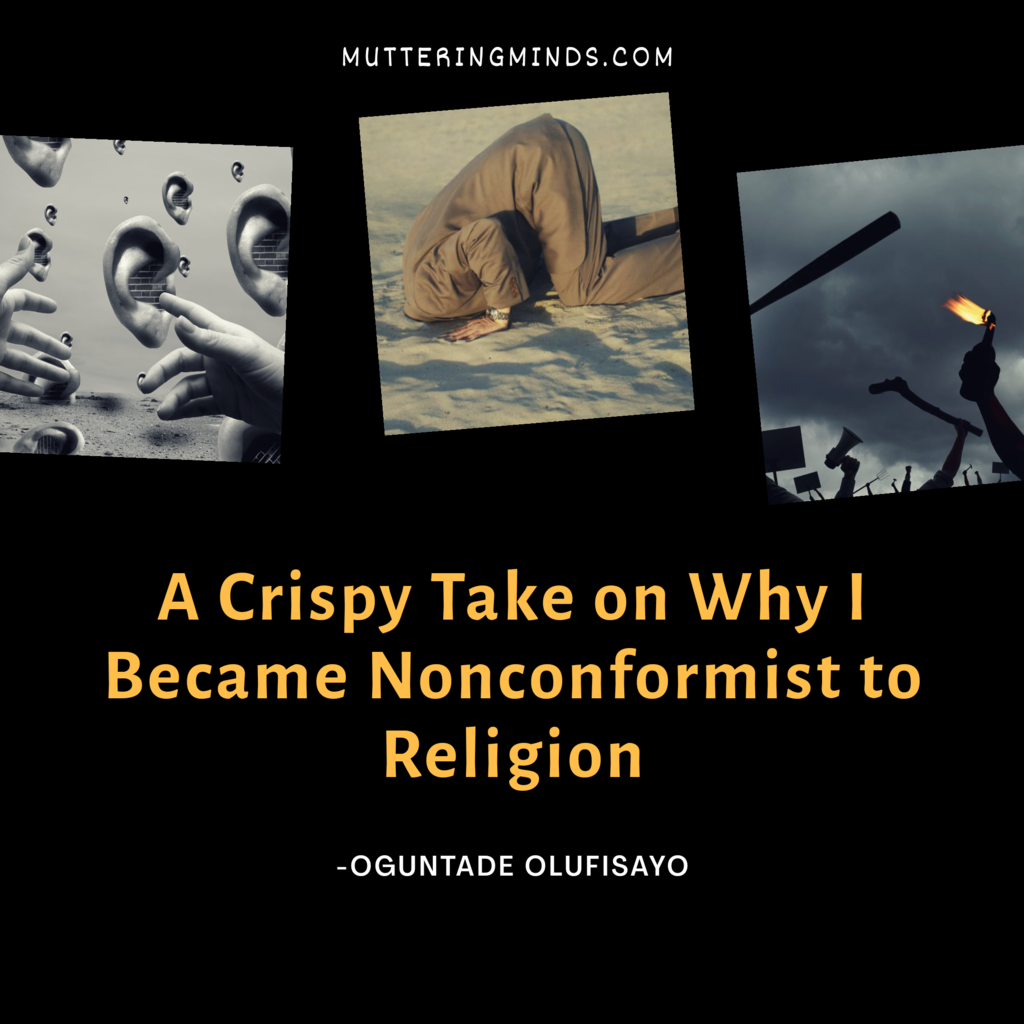 "Don’t get me wrong, I believe there is a God, I just don’t subscribe to the fact that he has any interest or business in my life or yours. I mean if he’s interested in our lives as the Bible says, why is there so much suffering and violence in the world? Shouldn’t he be able to put a stop to it? The bible makes us believe we were created in his image and likeness this means we are no different from him right? Ok so put a normal human parent in his shoes, will a..."

*
*
Does identifying with a particular religion say so much about who we are? Does it define our personhood? Your personhood!? 🤔

Today we are discussing religion, nonconformity and Atheism.

*
*
Let's talk!🗣️🗣️ Join the discussion with the LINK below👇👇 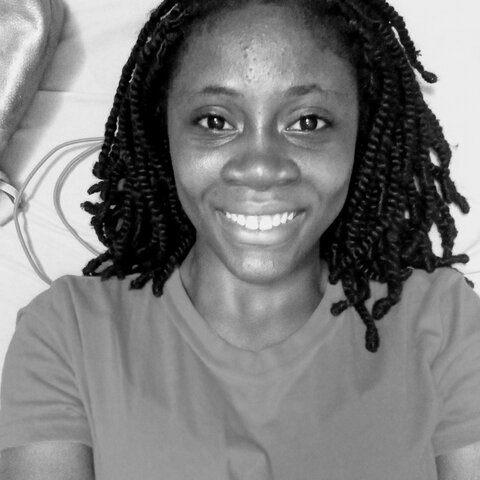 @Peace Bradford thank you so much. How can I access the rest of the article please?

This question will not be so preeminent in our hearts when we understand God's big picture; the plan of the ages, the time of the restoration of all things, when justice will be done, when mountains will be made low and valleys will be exalted. Until we understand these things, we will still ask…

"If everyone has a purpose, then what about the people who were killed in the Rwandan genocide?"
“What about all the people that were killed in all the world wars? Why did their lives have to be wasted?”
“What about the children that were born and died before they were a week old, after being carried full term by their mothers? Why did they have to be born if they were going to end up dying so young?”
“What about the seeming senseless deaths that abound worldwide? Why does God allow all of that?”
These questions abound in different shapes and forms. They can all be subsumed in one…

Many people have questions like these. These questions will be answered in very sufficient ways when we understand God's big picture. When we ask about a particular event like the Rwandan genocide (which took place in 1994, and in 3 months, an estimated 800000 people were slaughtered), we should know that the Rwandan genocide is not special in anyway. Worse genocides have occurred throughout the ages. Why? What is behind such events? I think it's very plain that sin is behind it. This is why when God says that you should not do something, you should not do it. It should be obvious to any serious follower of Jesus who is paying attention: the wages of sin is death.
For the wages of sin is death; but the gift of God is eternal life through Jesus Christ our Lord. - Romans 6:23.

One of our human problems is the inability to take the fault for our actions, the inability to acknowledge that things do not occur totally independently of themselves. That means that my actions, even right now in answering this question, or my failure to do so, will have consequences. If I refuse to answer the question, it could be due to selfishness or because I feel that it doesn't deserve an answer; or depending on who is asking, I may feel that someone needs to do better homework and pay better attention. On the other hand, love can drive me to make an effort.

In a very real, large cosmic sense, God is doing things in the earth to demonstrate His heart and mind, not just to mankind, but also to other parts of His creation that we are unaware of. We must acknowledge that actions carry consequences and the consequences don't affect us alone. If our parents misbehave or act wrongly, or their parents act wrongly, or the Governor of their state or their boss in the office misbehaves, there would be a ripple effect on other people. That's the reality. This is the same way a righteous act leads to a ripple effect. If a government official spends money making good roads, or to provide electricity, everybody is happier. There are consequences of actions.

God is interested in our lives. The fact that there is so much suffering and violence in the earth does not affect the character of God. There's an article that deals with this particular part of your comment. I'll share excerpts.

@seereaglesoflight wow!! thank you so much for this... I'll sure forward to my platform 🤗 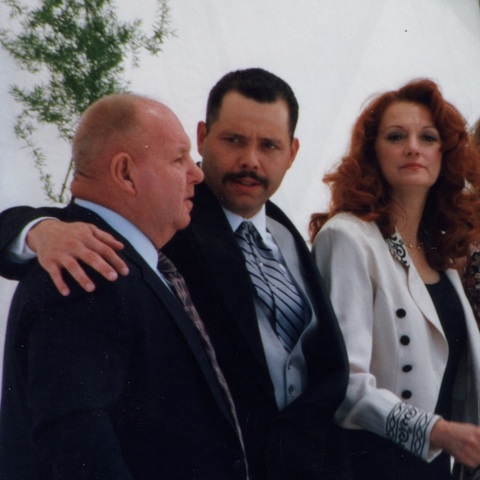 His Image yes, His likeness no.
This is why we need Jesus he created us in His image however it’s only until the Holy Spirit comes in to us and we are born again That we start to take on His character as His death of the cross works in Us producing His resurrection life in our spirit.
Until this happens we are nothing like Him
And even steal those who do not take up their cross and follow Him remain the same.
Yes God loves us but this love must be Mutual between the believer as it is with the Lord.
Right now you’re trying to outthink the creator stop it ,
it doesn’t work that way it’s His job to know everything it’s our job to seek Him.
If you really wanna know the Lord you will cry out to Him,
in 1994 I cried from within the depths of my being and Lord Jesus Christ answered me and saved me and continues to save me from myself and from the schemes of the devil.
God is no respecter of person
He loves you the same as He loves me
If you truly want to know the Lord quit overthinking things and cry out to Him.
Blessings
Romans 10:9