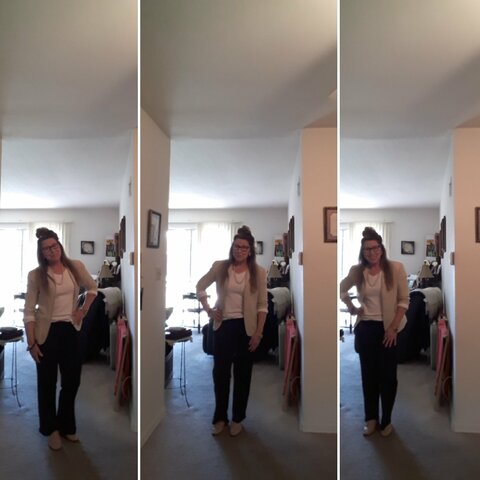 This is a great resource, sign up. He is a Pastor, Victor Marx his Ministry does wonderful things.Daily Intelligence Brief.

Facebook’s temporary post-election ban on political ads will be lifted Wednesday, in anticipation of a Georgia run-off election scheduled for January 5th. The election will decide which party controls the Senate.

Facebook initially placed political, social issues, and electoral ads in limbo, only in the U.S., to maintain election integrity, to combat misinformation, and to safeguard the Facebook and Instagram accounts of campaigns, elected officials, federal and state political party committees, and their staffs.

Republican Senators David Purdue and Kelly Loeffler challenge Democrats Jon Ossoff and Raphael Warnock in their respective races. Republicans are currently projected to hold a 50-48 majority in the Senate in January. In the event Democrats win both runoffs, the Vice President would be the deciding vote. Republicans winning just one seat in Georgia will affect a majority, with the GOP maintaining control over the Senate.

Peter Nygard targeted underage girls and dozens of women in three countries, according to U.S. authorities and charges filed against him after the U.S. requested extradition from Canada. The 79-year-old used his influence in the fashion industry to “recruit and maintain” access to victims in the U.S., Canada, and the Bahamas, according to the Acting U.S. Attorney in Manhattan, Audrey Strauss.

The indictment reads Nygard, operating from his Winnipeg, Canada office, and “over a 25-year period, Nygard used the Nygard Group’s influence, as well as its employees, funds, and other resources, to recruit and maintain adult and minor-aged female victims for Nygard’s sexual gratification and the sexual gratification of his friends and business associates. Nygard Group employees used force, fraud, and coercion to cause women and minors to have sex with Nygard and others.”

U.S. Attorney Strauss further praised the investigative capabilities and work of both the FBI and the NYPD. The case is under the purview of the Office of Violent and Organized Crime Unit, with Assistant U.S. Attorneys Jacqueline C. Kelly, Allison Nichols, and Celia V. Cohen managing the prosecution.

White House Press Secretary Kayleigh McEnany highlighted the hypocrisy of someone who would question President Trump’s relationship with Russia, who was then investigated for vulnerabilities to foreign influence: “After entangling with this spy for years, Swalwell hypocritically went on to be one of the lead instigators of the Russian collusion hoax [and] impeachment sham.”

Fang Fang, the alias of Christine Fang, established an intimate relationship with Rep. Swalwell, and other U.S. politicians, particularly “up-and-coming” individuals in the San Francisco Bay area of California, as well as across the country, to create network connections, fundraising, and to foster intimate relationships. Swalwell is listed as a recipient of Ms. Fang’s attention within an Axios report, where Ms. Fang placed at least one intern into the Representative’s office and assisted in fundraising efforts for Swalwell’s reelection campaign.

Speaker Pelosi defended Representative Swalwell, saying she is not concerned with Mr. Swalwell’s behavior, and misdirecting attention to accusations against Republican representatives. Mrs. Pelosi did confirm that Swalwell does present a danger, through undue influence.

Did the Army Issue Warnings of Potential Threats to U.S. Installations?

A U.S. Army’s “Army Installations Strategy: Supporting the Army in Multiple Domains” document, released by Army leaders Tuesday, details the assumptions that adversaries see bases in the continental U.S. as valid and attainable targets. The viable risk of “deliberate and direct” attacks from enemies must force new and novel approaches to defense, specifically defensive postures at military installations state-side.

The 16-page report states cyberattacks and protests as a few of the methods foes could threaten military personnel, operations, and facilities.

Since the Outbreak Started

WHAT THIS MEANS FOR US AS AMERICANS

Facebook allowing political, social issues, and other influential ads before the Georgia election comes after a ban on them were scheduled following the November 3rd election. Rob Leathern, Director of Facebook Product Management stated the company did not “have the technical ability in the short term to enable political ads by state or by advertiser,” on November 11th

The arrest of Peter Nygard highlights another wealthy and influential person found to be involved in the sexual assault and sex trafficking of minor girls and women. 57 women accused him of misconduct, saying they were assaulted by Nygard or his associates if they did not meet their demands. Women from disadvantaged backgrounds were the focus of Nygard’s attention, especially those who suffered abuse and using intimidation, threats of lawsuit, defamation and reputation harm, and threats to have the women arrested, as methods to silence accusers.

Previous DIBs have detailed Chinese efforts to influence U.S. activities, demonstrating the intent for Beijing to continue to try to gain and maintain access over U.S. politicians, along with the U.S. political, economic, military/defense, commercial sectors, as well as many other industries and markets. Counter-intelligence organizations have seen and will continue to see the influence and access operations try to access classified information, but also the “soft” collection of private information, such as personal habits, schedules, personal preferences, rumors, other insights, which could make these and other decision-makers vulnerable to external influences.