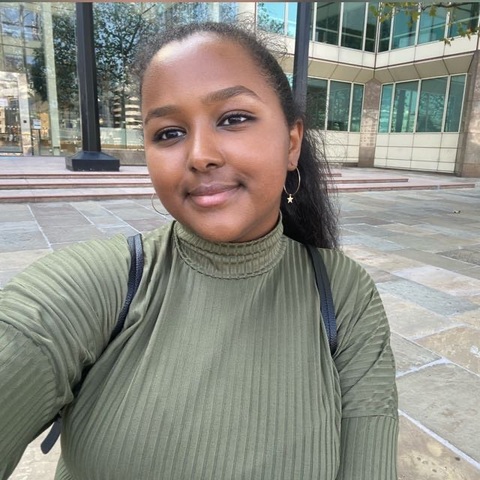 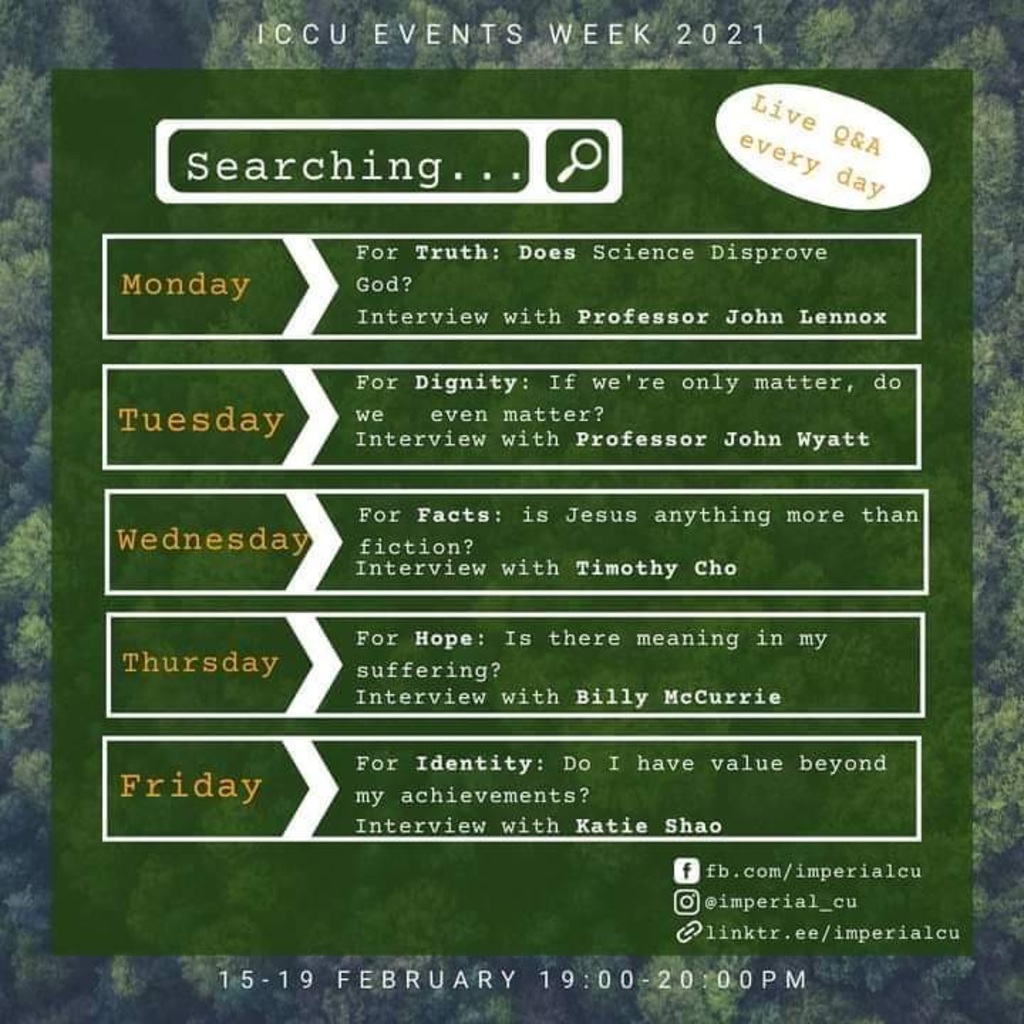 The Imperial Christian Union is putting on a number of talks next week along with some interviews with interesting people. I’d love for you to join us.

These are the talks on each day. They are at 7:00 each evening and they are being broadcast on YouTube.

I would personally recommend the interview on Monday with John Lennox, which I’ll be hosting. It’s amazing that he agreed to do an interview with us because he is like THE main guy for talking about the relationship between science and Christianity. I’ve read a couple of his books and he has debated all of the big name atheists. So I would recommend that talk in particular but the other ones will be cool as well.

Like also the interview with Katie Shao. She graduated from imperial and is now a high flier in the finance world and she became a Christian while at imperial. Quite interesting. 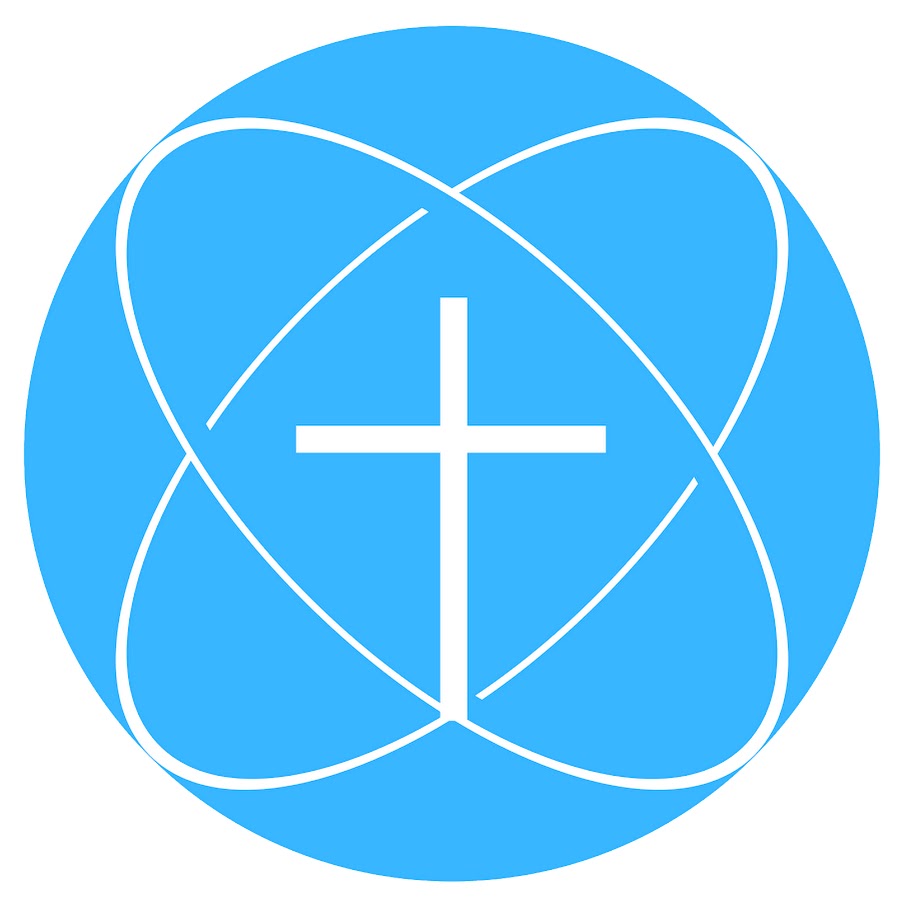