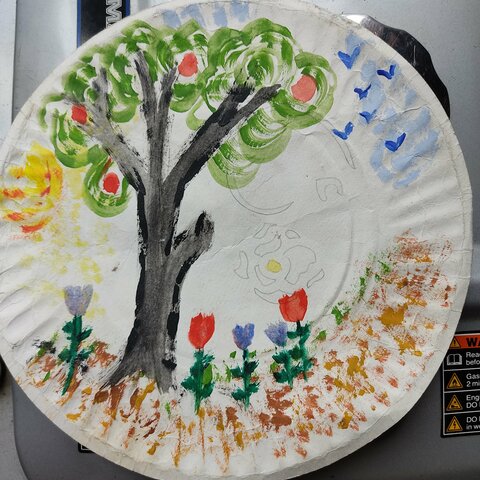 Since I joined the zoom prayer line, I have observed an increase in my dreams, and they are so vivid.
Two nights ago, I was praying at about 11pm, the Holy Spirit gave me the song Comforter by CeCe Winans. I downloaded the song and listened to it till I fell asleep while praying in a very peaceful atmosphere. I had a vivid dream where I went shopping with my girls and a strange man. He drove us in a silver coloured SUV to a shop, brought us back home and even paid for the things we picked. I felt surprise as I had gotten used to being the one who pays for purchases.
when he dropped us off and left, a lady in one of the shops nearby beckoned on me to come in. When I went in, she asked where my spouse was and I replied that he was not with me anymore. she then invited two of her staff to come listen. she then asked if I had known a certain young lady who lived down the street but then died? I replied in the affirmative. she said they had all been afraid to tell me anything but was willing to speak with me now. she further said my spouse knew something about her death and that she would provide me details. I was horrified and woke up.
My ear plugs were still in my ears and the prayer line was on. I joined again and prayed for about two hours before I fell asleep again. This time, I saw my first child at about 12 years of age. She told me "Mummy, are you aware that Daddy did it again? He kept on doing bad things and finally, his evil was exposed publicly for all to see".
I asked her to give me details but she refused on the grounds that it would not be right for her to be the one telling me. She said I should ask anyone outside and I would be told everything. I snapped out if the dream again.
What would this mean? I am concerned. 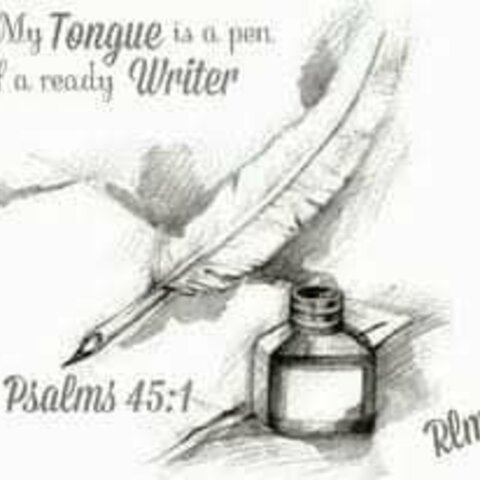 @Kari I totally hear you Sis. I sincerely apologise for any confusion I may have created, that is not at all my intention. As with prophecy, we are to judge the spirits behind any word, interpretation or impression keeping only those that our spirit bears witness to. Holy Spirit is faithful to reveal what is from Him, what is from our human spirit or what may be inspired by deceiving spirits and sometimes, the distinctions might be the difference between white and slightly off white often times not visible to the human eye. That is why it is crucial to have one's spiritual leadership's advice on action/strategy we receive from dreams or prophetic words before it can be executed, especially if it involves major changes or decisions. I am speaking from experience. Once, I felt I was to support a certain ministry financially. I had prayed about it and was absolutely sure I had the green light of Holy Spirit. I did not think to consult my spiritual leadership on it because it seemed pretty straightforward to me and I did not want to bother them with "petty" stuff cause afterall I was sure it was God's will. I made the transaction and lo and behold, all manner of warfare, confusion and disruption set in. I still did not think to involve my spiritual leadership because I assumed the enemy was mad that I had made the transaction and so I went into warfare mode which was exhausting but still did not bring results. The money was still held up for over two weeks which had never happened with any transaction before. Then out of the blue, as it were, my spiritual leadership called me to pray together on a different issue and as we did, they suddenly began to prophesy that I was to be very careful with my finances. I was like, what? They kept repeating "Be very careful with your finances". Immediately, I knew it was about the stalled transaction. It turns out that God Himself had stalled it because the ministry I was beyond certain that I was to sow a significant amount of money to was legit, was in fact rogue and operating in divination and mind binding techniques. The spirit of divination mimicks the true Holy Spirit (2 Cor. 11:14) and without discernment, we can easily fall for the deception. By God's grace, I was able to cancel the transaction and get my money back which the diviners would have otherwise used as a point of contact to curse my finances from their demonic altars. That taught me a very valuable lesson on the role of spiritual leadership in our lives when taking major decisions because God has given them those roles to guard over our souls for which they will be held accountable. I hope that by my testimony you can understand better why I would not want to punch above my weight beyond the interpretation as I am not mandated to and would be presumptuously assuming authority illegally if I did so. I pray that Holy Spirit gives you eagle eye discernment and clarity in this situation in Jesus Mighty Name, Amen 🙏🏾

@Ciiruwetu understood. The interpretation is kind of confusing for me though. I had been in prayer and fasting, asking the Lord for clarity and a way forward. The day after I had these dreams, he asked me to leave, and I had a sense of peace deep within. I do t know if this helps. Some information is a bit sensitive and I would not want to write it out here on a general thread.

@Kari thanks Kari. For the sake of upholding prophetic protocol, I prefer to communicate openly and not via inbox especially since we are not in relationship. I wouldn't wish to usurp the authority of your spiritual leadership who would be able to take you deeper if you need more insight maybe using the interpretation as a catalyst. However, I would highly appreciate an indication of how the impression resonated with you for my training to be able to gauge whether I heard God correctly and how I can otherwise improve if I was completely off. Thank you for your understanding and blessings. 🙏🏾

@Ciiruwetu thank you. I have sent you a connection request. I would like to speak with you more about this. thank you!

@Kari thanks for the additional info. Prayerfully, I feel this dream contains elements of revelation with regard to your calling and carries a word of caution for attacks aimed against your spouse. Men are the head of the household and biblically take the role of protector and provider. A strange man coming to pick you and your girls up and shopping with you and paying for stuff could be pointing to a strategy of the enemy to undermine your spouses authority in the home. I heard the phrase "sly fox" as I read the words silver coloured SUV. A SUV is a powerful engine so this strange man would be usurping the authority of your husband by demonstrating counterfeit strength and purchasing power only to slyly lure you in to a trap. These sly foxes could be issues of the heart that may spring up in both parties in a marriage creating open doors of attack to the enemy when unity is compromised (SOS 2:15; Psalm 51:10, Judges 15:4). These attacks may also speak to the influence of familiar spirits or spirit husbands who have legal grounds from generational iniquity (Psalm 51:5) to undermine your marriage through any doors that may be open.

These demonic spirits would be operating in gangs because the devil knows the power of agreement so by the imagery of your dream, there is a counterfeit spirit of authority (strange man with power = STRONG MAN ) operating together with the spirits of accusation, slander and wagging tongues (woman wanting to know whereabouts of your spouse and interrogating you in order to build false evidence against your spouse with her staff listening in as witnesses).

Your waking up horrified speaks to demonic intimidation and threats pointing to a jezebellic witchraft attack.

When you prayed, Holy Spirit showed you in the next part of the dream that He has equipped you to handle such challenges and as the helper of your spouse to deal specifically with the attacks against your spouse and against your marriage. Your first child in the dream points to your prophetic gifting and with the number 12 (governmental order) I believe that the Lord is showing you that He has been maturing your prophetic gifting and wants to bring you fully into it. I feel that He is inviting you to surrender that gift to Him so that He can take you deeper in it and hone your skills to steward it well for His glory. I believe that this is signified by your daughter making you aware of things in the spirit you may have missed in the natural (prophetic sensors) but refusing to give you details and instead referring you to the Gift Giver who would reveal all to you and expand on that gifting and establish it well in and through your life to His glory. This thus I feel is a call to intercession for your head against false heads and strong men as well as to deeper surrender to the Lord trusting Him to expand and grow your prophetic gift so you can be effective in stewarding it well to His glory. I pray grace for surrender over you and for the Lord to increase your capacity to receive from Him and give you effective strategies to fight for your family and your marriage in Jesus Mighty Name, amen. Do let me know if this resonates with you. Shalom 👑

@Kari, thanks for sharing your dream. To help focus the interpretstion, are you married in the natural or living together with the father of your children? Shalom 👑