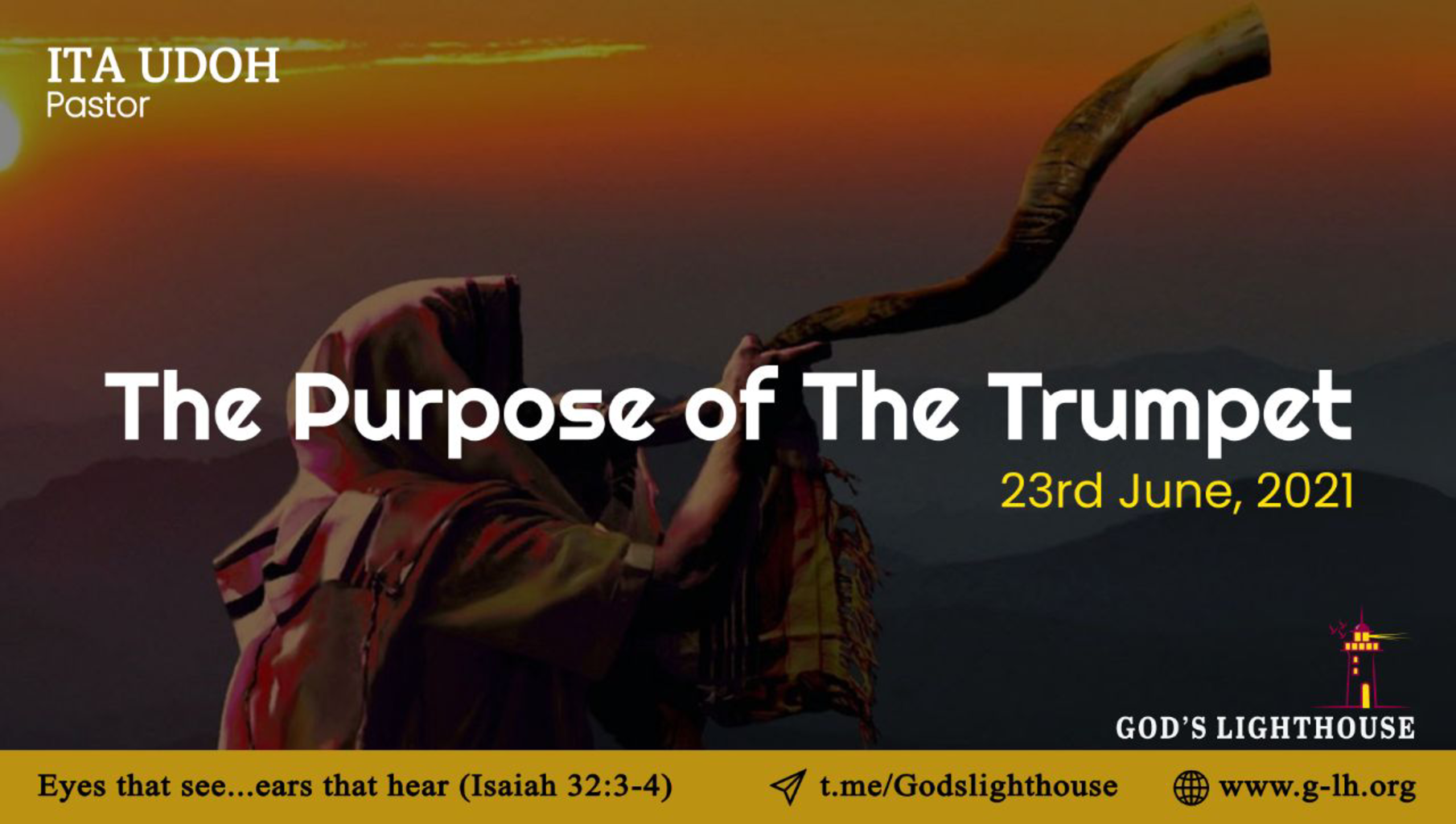 For all I care, He could have told Moses, "In two days, you'll be moving." He spoke to Moses, who also encountered Him constantly. But no — the cloud would arise before everyone's eyes. There'd be an obviousness to the Lord's intentions, not just to the leader (Moses), but to the rest of the people. There may be two, five, twenty, or a thousand people outside when the cloud lifted or when the cloud rested on the Tabernacle. The important thing is that some people would see it first, but eventually, the rest would see it.

God refused to make the moving of the camps simply something that only the leadership of God's congregation are to recognize. This buttresses the super importance of leadership not being proud or thinking that God speaks only through them, as we have experienced as a congregation in God's Lighthouse. We have these seasons where God begins to call us either to come together, go out and do something, or go spread the Gospel, and [the prophetic leadings] always come from the house! The words always come from a generality; it could come from the newest addition to our church family, but it's never individuals [who may not be] meeting together but who send in their prophetic revelation, dreams, or an encounter they had to the leadership who begins to look at it. And these are the things that guide me in blowing the trumpet, in announcing the move.

What are the Trumpets for?

The Trumpets are the signals to the people to move: again, underlining the fact that it's not everyone that sees the signal in the same way at the same time. They might be facing away from the Tabernacle, or even if they are facing towards it, everyone may not be outside [when the trumpet is blown].

Secondly, though they might be outside and everyone might be aware that there is a call, [some] people might be sounding alarms. Picture our congregation meeting in different places, in their houses, and [those groups] receive prophetic words as is often the case, and we start saying, "Oh, yes, someone got this, and another got this, and another got this..." , and we start wondering, "Maybe [God is leading us in this direction]...".

No matter how clear it is to whatever number of people, there must be coordinated movement [in and out of the camp], and that is what the blowing of the trumpets is for.

We see in Numbers 10:5 that, when the trumpet was blown once, it was a signal for those facing the east to set out. And then, the second blast was for those on the south. I suppose the third blast would be for another and the same goes for the fourth blast, and it would go on like that. So, you have the different contingents, the divisions of God's people moving out in an orderly fashion since everything must be done decently and in order. The different tribes faced four different directions. On the four sides, there were three tribes each. So, they'd march out in sequence. Therefore, it is not enough that God has said, "Move"; "Set out"; "Start marching"; "Go to war"; or _"Offer Me praise"; whatever it is [should be done in an orderly way].

We saw the different reasons for setting out and for blowing the trumpet. The major reason for setting out is to move at the time they are in the wilderness, depending on the stage of that group of people.

There are times all they are doing is moving from one place to another; they are proceeding according to the will of God to the Promised Land, to the place He'd have them have an inheritance. So, that's one reason for moving.

Another reason for moving is to go and offer sacrifices during the appointed feasts, to give praise to Him, and the trumpet was also sounded then.

For the full teaching, visit https://g-lh.org/purpose-of-the-trumpet

For more teachings and other edifying content, visit https://g-lh.org